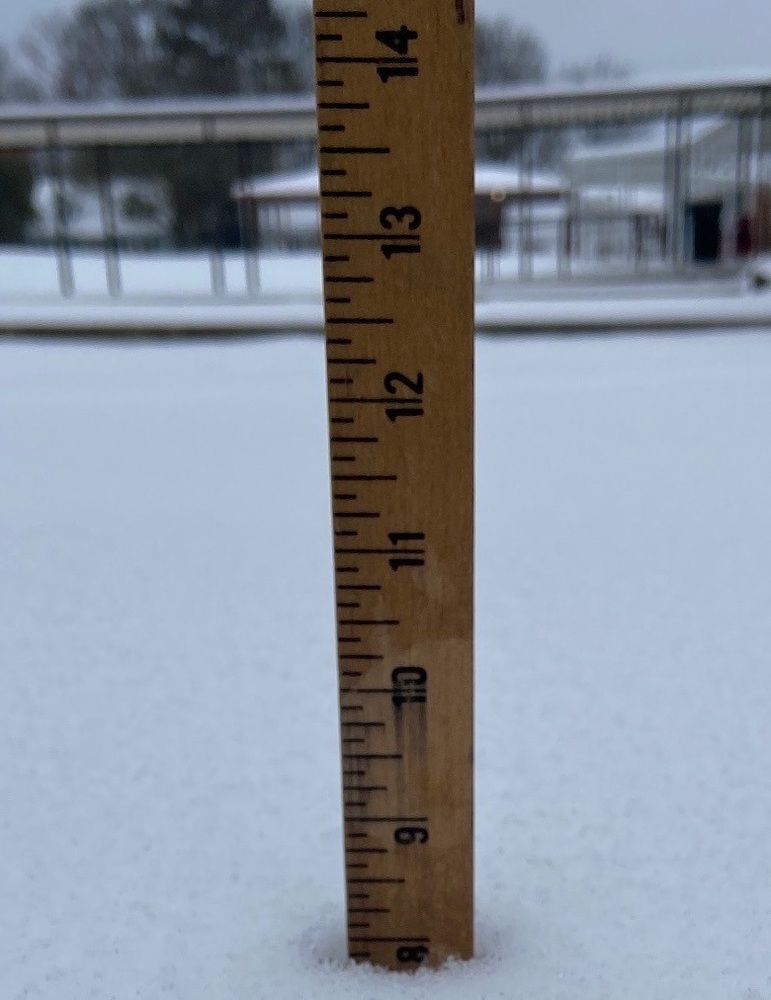 Yesterday, Mr. Lynch, Magnolia Middle School VP and well-known Measurements Enthusiast, pulled on his wife’s snuggly Uggs and wandered around the MMS campus to verify the amount of snowfall during the recent Winter Storm.

“It’s not only a fun and exciting hobby, it’s also a valuable service I can provide to the community. Plus, I like wearing the Uggs,” he said when asked why he would risk frostbite to randomly poke a ruler into the snow.

Mr. Lynch is also asking MMS students to enter his Winter Wonderland Contest. There are three categories to choose from.

Students can email their photos to Mr. Lynch at clynch@magnoliaschools.net

Mrs. Christy Lynch, noted Math Specialist and Six-Time Winner of the not-so-coveted Patient Wife Medallion, encourages MMS Students to enter as often as they can so as to occupy her husband and keep him from wearing anymore of her footwear.

Seriously though, Mr. Lynch - clynch@magnoliaschools.net – wants your Best Snowman, Largest Single Snowball, and Longest Icicle pics. Student Name must be included with the attached pictures to be considered.

*New Info Since Original Post* The Uggs were ruined, and Mr. Lynch’s ruler was snapped as a result of his punishment.