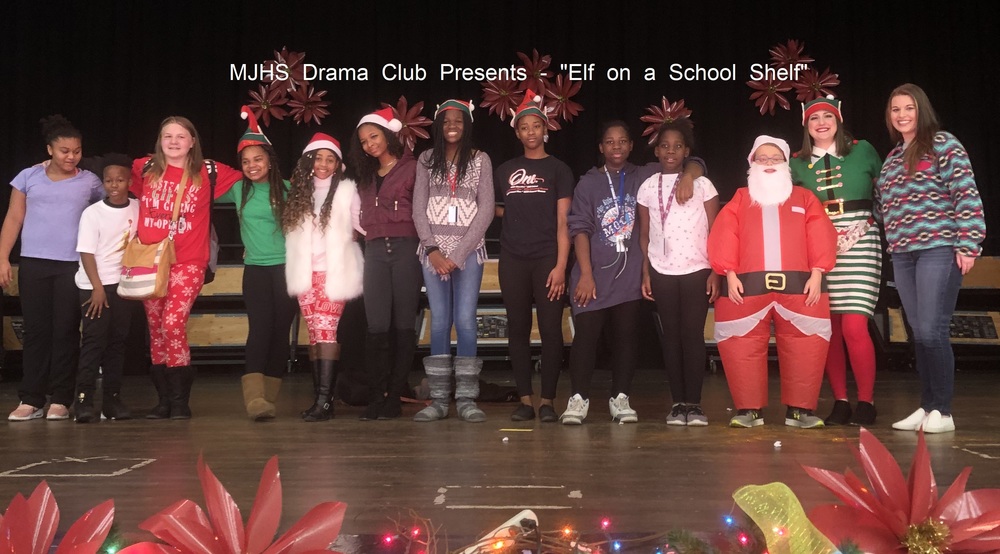 It was a fair and festive Friday morning when the MJHS Drama Club proudly presented their original production of Elf on a School Shelf.

"It was possibly the greatest show I've ever seen," gushed Mr. Chris Lynch (noted assitant principal and theater critic). "It . . . it changed my life."

Variety magazine, which did NOT review the play but if they had would have possibly said, "Forget Broadway. The real talent in America now lives large at a small junior high in Magnolia, Arkansas."

We can only hope that their next project hits the stage as soon as possible.