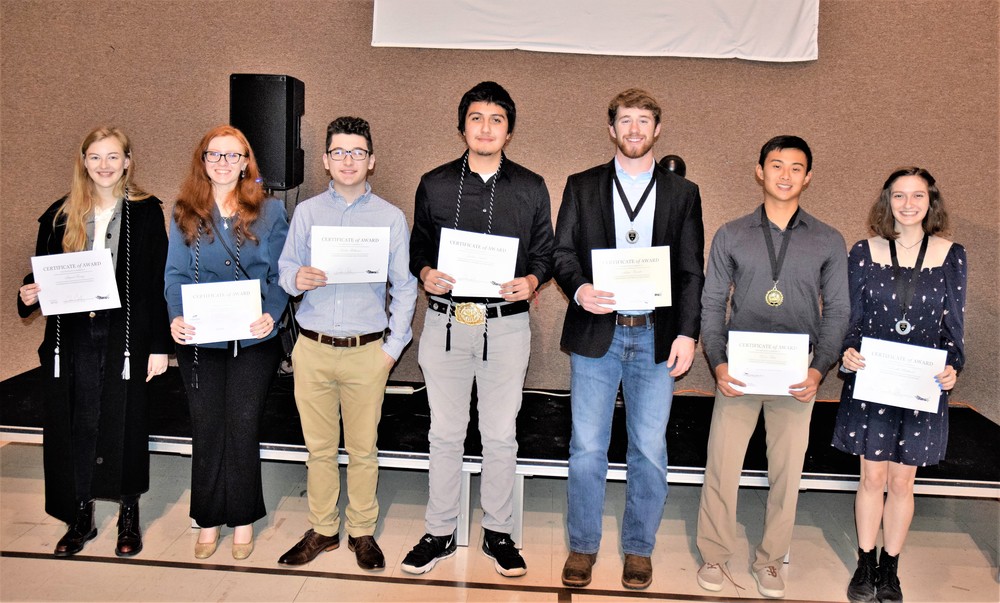 Magnolia High School hosted its first-ever Advanced Placement (AP) Banquet Dec. 2 and honored a number of students for their accomplishments.

All MHS students currently enrolled in an AP class were invited, and there were more than 100 in attendance. Keynote speaker was Dr. Trey Berry, president of Southern Arkansas University.

The event was sponsored by Farmers Bank and Trust, who donated the meals and two $500 scholarships for AP students. Any seniors who had passed an AP test were invited to apply.

In May 2019, MHS administered 292 AP exams to 167 students who were enrolled in AP courses. From that test administration, 56 students, some of whom graduated last spring, passed 98 tests. (AP tests are scored 1-5 and all scores of 3, 4, or 5 are considered passing.)

At the banquet, students who passed an AP exam last May were awarded a $50 cash incentive for each passing score and a yard sign that reads, “An MHS AP Scholar Lives Here.” The yard signs are new this year.

Students who have passed multiple tests are designated for higher honors by College Board, the governing organization for Advanced Placement nationwide.

AP Scholar status is granted by College Board to students who pass three or more AP exams. These students were presented black and silver cords to wear at graduation: Haley Johnson, Jordan Sigala, Parker Williams, and Abigail Young.

AP Scholar with Honor status is granted to students who pass four or more AP exams with an average score of at least 3.25 on all AP exams taken. Two students who achieved this status – Gabrielle Bulliard and Adam Pieratt – were presented engraved medals to wear at graduation.

Timothy Ziglar and Terrell Page also earned this status but have already graduated.

­AP Scholar with Distinction status is granted by College Board to students who pass at least five AP exams and earn an average score of at least 3.5 on all AP exams.

For achieving this status, MHS senior Kevin Zhao was presented a large medal to wear at graduation.

Watson also earned the status of National AP Scholar for taking at least eight AP exams and scoring at least a 4 on all of them.