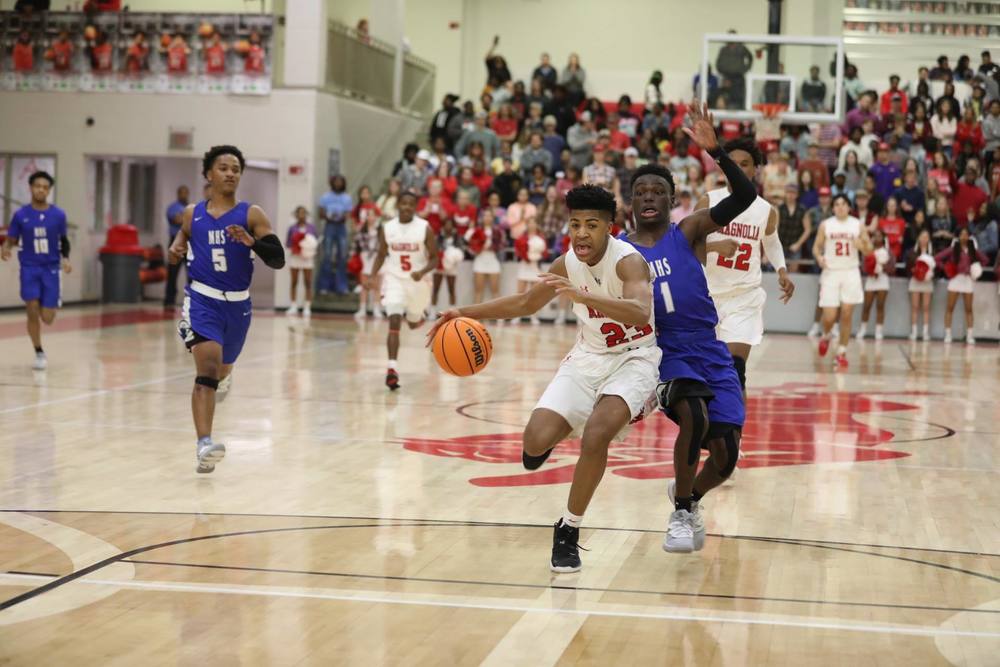 The Panthers will make their first road trip in league play Friday night by heading to Star City to face the Bulldogs (10-5, 1-2).

“We know they (Bulldogs) have at least one talented player who has put up some good numbers in conference, and they may try to push the tempo on us. This athlete is big and physical, so we will have our work cut out for us,” stated Lindsey. “Also, playing at their place won’t be easy. I’ll take a one-point win in double overtime.”

Star City lost by 21 points to Monticello and 19 to Warren, who also hasn’t lost in conference play. The Bulldogs piled up 93 points during a victory over White Hall this season.

Lindsey said the Panthers were able to get a lot of layups, but noted his team also shot the ball well from the perimeter.

After Friday, Magnolia will make the short trip to Camden Fairview Tuesday to face the Cardinals before heading to Hamburg on Jan 24. The next game at Panther Arena is set for Jan. 28 against Warren.

The Lady Bulldogs went 26-5 last season before falling in the state tournament.

“One thing for certain is we have to shoot the ball really, really well to have a shot. It’s going to be a hard task for us, but we have to take it one step at a time. If we can have good possessions, I think we will be okay. We can’t afford the turnovers. Win or lose, a big key will be taking care of the basketball,” said Ford.

The Lady Panthers were able to do that against Monticello, as well as forcing several turnovers with their full-court pressure.

Five different Lady Panthers scored in the first few minutes as Magnolia opened a 14-0 advantage. They 16 several times in the first period and were up by the same margin, 24-5, when the buzzer sounded. They limited the Lady Billies to only nine points in the second period and held a 50-14 advantage at halftime.

With the mercy rule in effect, Magnolia led 60-15 after three quarters. The Billies managed only one point in the third quarter and two during the final period.